Typewritten no.1: Wodehouse and Hemingway 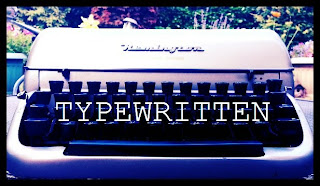 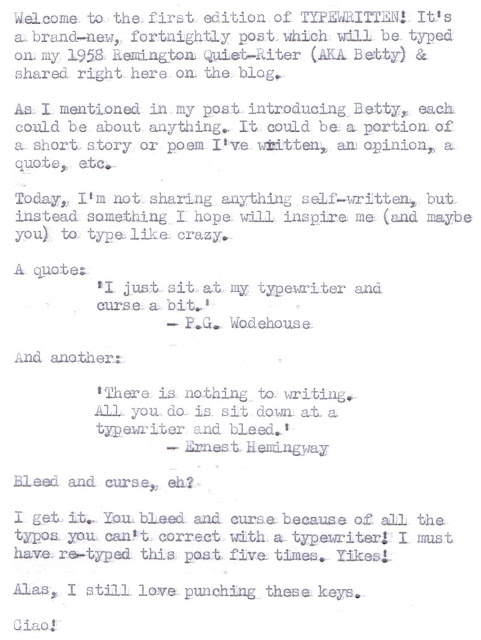 Review: The Memory of Scent by Lisa Burkitt 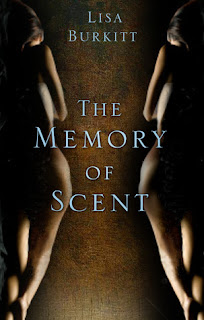 Set against the backdrop of Paris in 1883, The Memory of Scent is the story of two French women, Fleur and Babette, and of how their lives diverge when the artist they both model for is found dead. For Fleur, hers is a life lived on the fringes of the Impressionist movement in a world of colour and music; Babette is not so lucky, and following the death of the artist, her life begins to quickly unravel on the streets of France. This is a novel of the senses, in which memory, love and loss are explored and examined, and where it appears the ties which hold us together can also pull us apart. (via Amazon.co.uk)

I love Paris and Impressionism, so I was very keen to read The Memory of Scent. But, as it turns out, my experience was quite mixed.

I enjoyed the backdrop of Paris, which the author describes in clear, nicely written detail. These descriptions give the novel a lovely romantic tone and bring this renowned era of Parisian history to life. The elements of scent are also well-integrated, and prove to be an extremely important catalyst to the plot. I particularly liked the way that each chapter is set around a specific smell, and how that smell conjures up thoughts, memories, or associations which then move the story forward.

However, I found some parts less agreeable. My chief problem was with the organisation of the plot, which could be confusing. I remember one point in particular where I needed to reread what had happened a few times, just to make sure that I hadn’t missed an important detail. Additionally, I found the voices of the two narrators, Babette and Fleur, a little too similar and sometimes this could add to my confusion.

But even though I believe The Memory of Scent could have benefited from further editing, I still found it a unique novel with some interesting twists. If you’re looking for something different and don’t mind a plot with a gentle pace, this might be for you.

A manual typewriter can be a writer's best friend 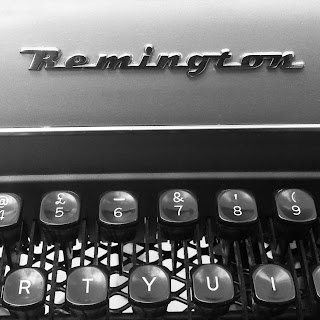 One thing I learnt during my creative writing course was that, in order to write well, you must first allow yourself to write badly.

I’ve hardly ever been able to carry this out, and for that I blame word processors. They provide a person with too many opportunities to second guess everything they’ve typed, meaning that a single paragraph can take hours to construct. It’s incredibly frustrating!

But a manual typewriter doesn’t allow this option. Nope, once you’ve punched a key and printed a letter straight onto a sheet of paper, there’s no turning back. You’ve done it now – you might as well follow that messy train of thought and clean it up later (my idea is to type first drafts with a typewriter, and then to later copy that onto a word processor for editing).

Indeed, these are the primary reasons why I have chosen to invest money into a classic machine. Plus, could I honestly pass up the opportunity to own such a marvellous piece of iconic nostalgia? I’ve become quite infatuated with nostalgia over the past few years, as various people know, and I often wish that I’d been alive to experience the first seventy years of the twentieth century (yup, I’m that specific!).

A manual typewriter can communicate so much about a decade, just by observing its appearance. Building them was certainly an art; from the curves of their frames to the stylisation of the brand’s logo. And they were built to last, unlike 90% of the gadgets which frequent our shops, homes, and workplaces these days. Here’s what Tom Hanks says on the subject, in an article published by The New York Times earlier this month (read it in full here):

The machine, too, may last as long as the rocks of Stonehenge. Typewriters are dense things made of steel and were engineered to take a beating, which they do. My dad’s Underwood, bought used just after the war for his single year at U.S.C., had some keys so worn out by his punishing fingers that they were misshapen and blank. The S key was a mere nib. I sent it to a shop for what was meant to be only a cleaning, but it came back with all the keys replaced. So long, Dad, and curse you, industrious typewriter serviceperson.

And I mustn’t forget to mention the therapeutic side to typewriting. Don't bother kicking holes in your walls anymore – if you’re really having a bad day, write about it on your manual. Because of the sheer force you’ll need when pressing down on the keys, you’re almost guaranteed to feel a little better!

So which typewriter did I choose to offer a new home? Well, after much browsing, deliberation, a few bidding wars and some near misses, I can reveal that I am now the proud owner of a 1958 British-made Remington Quiet-Riter. Doesn’t she just ooze that distinctively '50s style? 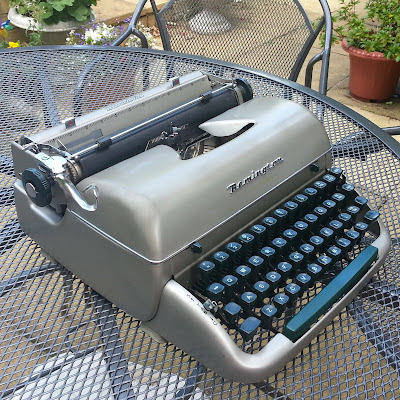 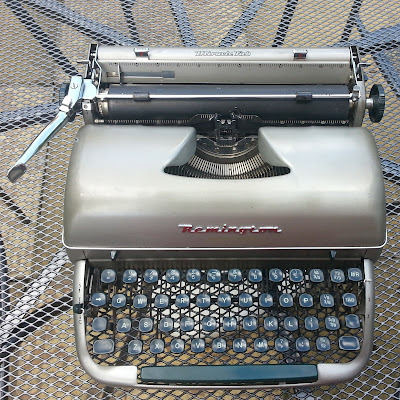 She also arrived with her original case (though very musty and worn), three ribbons (including the one inside the machine), all the original instructions, and various other bits and bobs. Quite a find, I’d say! 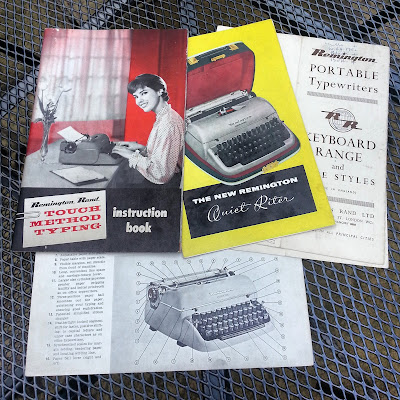 Fancy watching a TV commercial, straight from the Fifties, advertising the American version of my Quiet-Riter? It’s on YouTube in all its cheesy, upbeat glory!

And from now on, you can expect to see Betty frequently on my blog. I’ve decided that, each week, I will share something that I have produced on my typewriter. But it won’t be in the normal, word-processed format – instead, I’ll scan whatever it is that I’ve typed and attach the image to a blog post. It could be anything – part of a story, part of a poem, an opinion, a quote, etc. You’ll never know!

But until then, folks, let me once again direct you to Tom Hanks’ ode to the typewriter. I just love it!
Written by Sophie at 19:13
A manual typewriter can be a writer's best friend
2013-08-19T19:13:00+01:00
Sophie
1950s|creative writing|nostalgia|Remington|technology|Typewriter|Vintage|writing|
Comments

Review: Candide, or Optimism by Voltaire 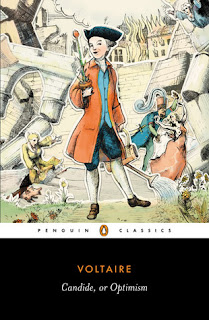 Witty and caustic, Candide has ranked as one of the world's great satires since its first publication in 1759. In the story of the trials and travails of the youthful Candide, his mentor Dr. Pangloss, and a host of other characters, Voltaire mercilessly satirizes and exposes romance, science, philosophy, religion and government. (via Goodreads)

I wasn’t at all sure what to expect from Candide. I’d heard Voltaire’s name before, of course, though I knew very little about him or his works. In fact, it wasn’t until I found this book on my university reading list that I ventured to find out more.

What I did immediately discover was that Candide is a satire. But would I find it funny? This is mid-eighteenth century French humour so how much would I understand? Well, as it happens, quite a lot – I found it hilarious! A lot of Candide is obviously silly and so, having a wacky sense of humour myself, I was often laughing out loud.

It’s also fairly easy to identify some of the aspects which Voltaire has chosen to parody. Among these are societies, cultures, the adventure and romance genres, and philosophy. The context of the philosophical humour was a little lost on me at the time of reading, though I later found out that Voltaire's aim was to ridicule some of the more popular philosophies of his day.

I’m looking forward to learning more about Candide when my next course rolls around – I have a feeling it’ll be very interesting to analyse. For now, though, I can only say that my enjoyment was a very pleasant discovery. 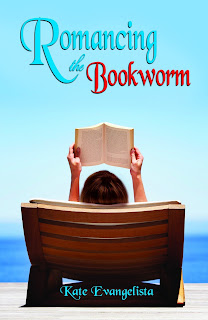 A huge thank you to everyone who entered the Romancing the Bookworm giveaway! Kate and I received exactly 500 entries, which is a fantastic number.

And now for the results!

If your name is below, you should have been sent an email confirming you as a winner. Reply as soon as you can – after two weeks, if no reply is received, your prize will be thrown back into the hat and another winner will be selected.