Catching up in May and June


April has been a strange and busy month so unfortunately I haven't had much time to post.

However, I'm hoping I'll be able to pick up some speed in May and June, owing to the fact that I have some exciting books to read and review, events to recount, and perhaps some author interviews and guest posts in the works.

One thing to watch out for is a recap of my very first experience of the London Book Fair, which I attended on April 15th. It was a pretty insightful day for a variety of reasons, and I'm looking forward to sharing my perspective with fellow book bloggers and students.

Review: The Girl Behind the Mask by Stella Knightley [Hidden Women trilogy, book 1] 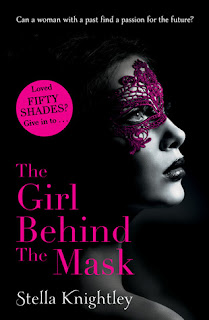 Leaving the heartache of sexual betrayal behind her in London, historian Sarah Thomson intends to make the most of her research trip to Venice. But she soon finds her attention consumed by mysterious millionaire Marco Donato. Despite their deepening relationship, however, the handsome playboy persists in playing a secretive game. What exactly is Marco hiding?

The subject of Sarah's research is eighteenth-century Venetian Luciana Giordano. At a time when debauchery is the city's favourite pastime, virginal Luciana is kept out of trouble by a zealous chaperone--until she meets a man who promises to help her escape her restraints. But just what does the worldly stranger want to teach her in return? (via Goodreads)

Ever since Fifty Shades of Grey became a smash-hit, many publishers have grown the desire to replicate its success by releasing their very own version of the trilogy. While you can't blame them for this (after all, publishing is a business and they have to make money), it does annoy me that they don't generally pick very imaginative novels. For example, you might remember my review of Sylvia Day's Bared to You, where it seems as though Day hasn't gone to great lengths to separate her plot from that of Fifty Shades (the characters' names are even similar: Eva and Gideon instead of Ana and Christian!).

So when The Girl Behind the Mask arrived in the post, I admit that I was apprehensive about reading it at first glance – the front cover certainly doesn't look any different to other books of its kind. But when I flipped it over and read the back, I could tell that, despite some superficial similarities, this novel would be more unique.

Reading through the chapters, it became increasingly evident that The Girl Behind the Mask wasn't just another carbon-copy. It blends together the lives of two women living in different eras – present day Sarah and eighteenth century Luciana – as they experience the allure of Venice, Italy for the first time.

I enjoyed the very personal feel to both stories; Luciana's is told through a series of diary entries and letters which we read alongside Sarah as she does her research. And though Sarah's narrative isn't presented in diary form, I still felt as though she was personally confiding in me as she discusses her life before and after arriving in Venice.

The sex scenes, while unambiguous, are told tastefully. The language used is subtle, rather than being explicit for the sake it (for example, there are no 'C' words here... unless you think that letter stands for the word used to name a male bird!)

Review: A Parachute in the Lime Tree by Annemarie Neary 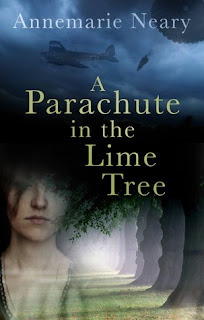 April 1941. German bombers are in the air, about to attack Belfast.
Oskar is a Luftwaffe conscript whose sweetheart, Elsa, was forced to flee Berlin for Ireland two years before. War-weary, he longs for escape.
In remote Dunkerin, Kitty awakes to find a parachute trapped in one of the lime trees. When she discovers Oskar, injured and foraging for food in her kitchen, he becomes a rare and exciting secret. But Ireland during the Emergency is an uneasy place, and word of the parachute soon spreads.
Meanwhile, Elsa is haunted by the plight of the parents she left behind. With the threat of Nazi invasion, she feels far from secure.
A chance encounter with Elsa, and Charlie, a young medical student, finds himself falling in love. Oskar, Kitty, Elsa, Charlie. Their lives intertwine in a climate of war, exile, and ever-uncertain neutrality. (via Goodreads)

A Parachute in the Lime Tree is a wonderfully crafted story involving culture, history, and romance; set around events that happened in Ireland during World War Two.

I found the novel to be an interesting read, not only from a fictional standpoint but also from a historical one. Prior to reading it I didn't know anything about Ireland during the 2nd world war, so learning about the country's uncertainty during the period in question was eye-opening. I also enjoyed the alternative takes on German perspectives.

The historical events in A Parachute in the Lime Tree are brought to life through a cast of fictional characters; each with a unique and well-developed story. I loved finding the book neatly divided into equal sections – such as three chapters for Oskar, three for Kitty, three more for the setting of Dublin, and so forth – making it easy to keep up with the many lives and locations moving forward.

If you enjoy historical fiction, interesting characters, and carefully weaved plots that keep you guessing, I highly recommend A Parachute in the Lime Tree.