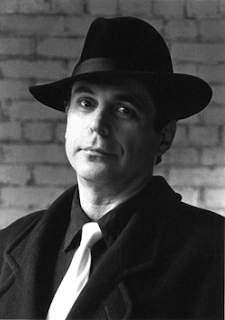 It's a pleasure to welcome author Michael Sussman, who's here to share how he wrote his young adult fantasy novel, Crashing Eden.


My first novel, Crashing Eden, tells the story of Joss Kazdan, a 17-year-old juvenile delinquent who is depressed and guilt-ridden following the loss of his younger brother. After suffering a concussion, he awakens to a beautiful sound that no one else can hear. He becomes convinced that it’s the primordial vibration of the universe, and by attuning himself to it he experiences ecstasy and feels at one with the cosmos. Things get even stranger when friends of his are able to construct a device that produces this same Edenic consciousness. I don’t want to spoil the story, so I’ll just say that what starts out so promising, soon leads to generational conflict and cataclysmic destruction that threatens the very survival of humanity!

You may wonder: How did I come to write such a strange novel? I believe the story emerged from the convergence of the following three strands of my life.

1. Adolescence was a painful and confusing time for me, when my struggles with depression first began. I experienced mood swings, became increasingly introverted, socially isolated, and had to contend with deep feelings of guilt, self-hatred, and suppressed rage. These experiences were influential in my later becoming a psychologist, helping others to cope with the ravages of depression.

2. During my later teens, I developed a passionate interest in Eastern mysticism. I read books by mystics and gurus, started to meditate, and even joined a cult called Divine Light Mission. In my quest to transcend mundane existence, I also lived for a while in a commune located—I kid you not—in Paradise, Nova Scotia.

One night, I suffered a concussion in a car crash in which I was a passenger and was lucky to survive. Like my protagonist in Crashing Eden, I spent the days following the concussion in what I can only call a state of grace, filled with deep feelings of gratitude and joy.

3. Throughout my life I’ve been interested in world mythology. I’m especially intrigued by the widespread myths suggesting that humans have degenerated from an ancient state of grace, symbolized by Paradise or the Golden Age.

To sum up, I believe that my history of depression and experience as a psychotherapist allowed me to get inside the head of my adolescent protagonist and find his voice. My fascination with mysticism and my personal experience of grace led me to conceive of a transcendent state to which my protagonist aspires. And my familiarity with the Golden Age myths provided a framework for the story.

From there, I used my imagination to envision how the God of the Old Testament might react to an impudent gang of teenagers who discover a way to crash the Gates of Eden. That’s when the story gets really interesting! 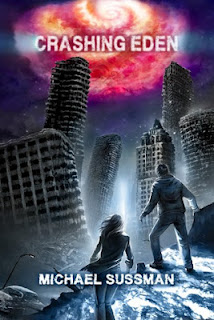