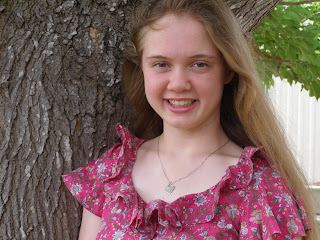 Welcome to Elisabeth Wheatley! Elisabeth's the sixteen year old author of the Argetallam series, published by Chengalera Press, and she’s here to talk about her life as a young writer.

I’ve always had an active imagination. When I was little, my mother used to take me and my brother to our local library for “story time.” The library was then in an old brick building and there were cracks near the ceiling that had been badly patched and looked kind of like holes. One time, my mother told me that that was from where fairies came in and out of the library. I believed her for years.

When I was about six, I wrote (and proudly illustrated) a very short picture book about my dog and pet goat. I put it together with duct tape and since I couldn’t spell my goat’s name—Count—I wrote “123” instead. Not too long ago we found it again. My brother thought it hilarious.

I was about eleven when I created the world that would eventually be home to my Argetallam Saga. I jotted down unnumbered story beginnings on paper, but never finished a manuscript until after I got an old laptop for Christmas one year. Once I had my computer (which I affectionately christened “Sonya”), there was nothing stopping me from staying locked up in my room late at night while my fingers whirred over the keyboard.

There have been enough times where I didn’t get schoolwork done on time because my mind was far, far away in my imaginary world. My dear mother, otherwise so patient and encouraging, has had to take away my computer three times so that I would catch up on my math assignments (I kept count because I practically went into writing-withdrawal when it happened). Since we live in the middle of nowhere, with no internet connection to our house and all my friends miles away in the city, I got into the habit of getting up at 5:00 in the morning to get my work done so that I could spend the rest of the day writing. 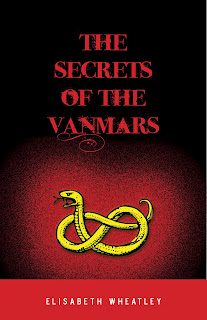 I’ve found that the best way to balance writing and being a high school student is to make a schedule. I’ll formulate a schedule, keep it for a few weeks or months, get sick of it, and make a new one. (I easily suffer from schedule fatigue and get bored.) I rarely talk to my friends on the phone. I usually text or email them and they have learned not to take it as an insult when I don’t want to talk. They know I’m usually working out some scene, plot twist, or other story issue and they indulge me.

Besides, who really cares about some celebrity’s love life or school work when there’s a fight scene to be written? To be honest, I often daydream during class and start thinking about wizards, elves, mythology, and—my very own creations—Argetallams. How can grammar compete with that?

In short, I love writing. To me it’s as basic as breathing and I don’t intend to stop any time soon.

If you would like to find out more about the Argetallam series and purchase a copy, visit Elisabeth’s website here.
Written by Sophie at 11:11