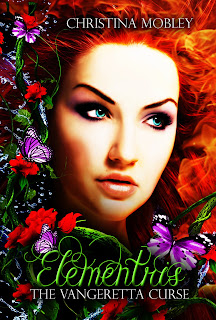 --
During the last year I released the first book in The Vangretta Curse series, Elementris, and this month I am kicking off the blog tour for book two, Exposure (released March 20th). The blog tour and release party will be on Facebook and there’ll be games, giveaways, and we’ll meet some new authors. I’m planning to give away a few e-book copies of both books, some Elementris inspired jewelry, and a few signed copies too. You are all welcome to join in the fun and invite your friends!

Elementris is available now. The main character, Ava Vangeretta, is a strong-willed seventeen-year-old with an extraordinary gift and a big decision to make. Think Mother Nature/teen witch. At the moment, the Kindle edition is on offer for 99c on Amazon.com, and 77p on Amazon.co.uk.

Here's the blurb for book one, Elementris:


There are people born in this world with a powerful connection to the earth itself...

They have an unbreakable and extraordinary bond. Every seven years, five people are born on the same day, at the exact same time. The elements bind them; earth, fire, wind, water, and spirit. They call them, Elementris.
Ava Vangeretta is seventeen years old and different. Unlike most born of the element, she was born alone. She has the power of all five elements. Ava is the first True Elementris to be born in many years. As her eighteenth birthday approaches she is faced with a choice. Give up this rare gift and live the normal life she has always craved or accept it and challenge the current True Elementris in a battle to the death!
Ava's past haunts her as she struggles to decide. In her present, the seasons are colliding together, storms are destroying lives, and love is a dangerous curse. The current True Elementris is behind it all and she will do whatever necessary to keep Ava from making it to her eighteenth birthday. Ava's decision threatens the lives of the two people she cares about most. Can you choose between love and friendship?
Get ready for the storm...


Hidden behind a continuous storm, in the heart of the Bermuda Triangle, there is a secret and powerful place. Element Island’s mysteries are as great as its beauty. Ava Vangeretta’s life changed forever after she arrived on the island; she became the True Elementris.
Now Ava is faced with a new challenge. The powerful gifts protected by those born of the element could be revealed. Temptation gives new life to an old curse, danger draws near, and the lines between friend and enemy are blurred as secrets are revealed. Ava will do whatever it takes to protect those she loves, but can she prevent exposure? 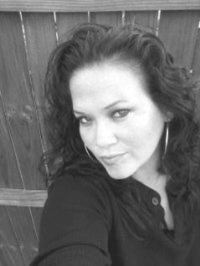 About the author
Christina Mobley is a married mother of four who spends her days caring for her children. She grew up in Florida, living on the banks of the St.Mary's river, and as a child always had a fascination for storms and the power they wield. The Vangeretta Curse series was inspired by that fascination.
Written by Sophie at 00:01