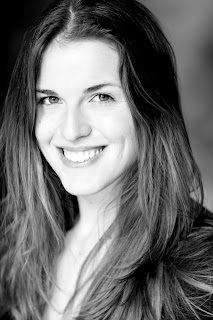 It's a pleasure to welcome Katie Dale back to the blog, who's here this time to talk about her fabulous new young adult thriller, Little White Lies (out now). Check out its blurb at the bottom of the interview.

Q: Your new novel, Little White Lies, centres around Lou and a guy she meets named Christian, who turns out to be hiding some rather large secrets from her. What can you tell us about the settings for the story? Do the events occur in the present day or somewhere more distant?
A: The setting for the story is present day – actually in September, so right now! – as Lou starts at Sheffield University as a fresher studying English Literature. As it happens, I myself also studied English Lit at Sheffield University, so a lot of the environment is based on my own memories of being a student there – going to pubs and trekking up and down the killer hills! – though my own hall of residence has sadly been knocked down so I had to do some research into the glitzy new “student village”!

The protagonist in your previous release, Someone Else’s Life, also discovers a secret which fuels the plot of the novel. What do you think it is that makes secrets so interesting to read about?
I think secrets are so compelling because everyone wants to know a secret, to share a secret or to guess a secret before someone else. It’s what keeps us eagerly turning the pages in mystery books, detective stories, and thrillers, hungry to find out what really happened – that’s the kind of book I really like to read, and also the kind I love to write – with a good few twists in there as well, to keep readers guessing!

Which Little White Lies character did you enjoy writing the most, and why?
Funnily enough, I enjoyed writing two of the secondary characters most of all – Vix and Kenny. Vix is just so bubbly and full of life and ideas, whilst being incredibly loyal, whilst Kenny (who knows most of the secrets) is quite dry and witty and cunning, and it was really fun to write their dialogue.

What advice can you give to budding authors wishing to write for the Young Adult genre?
Read as much YA as you can – it’s by far my favourite genre, as it’s always reinventing itself, pushing the boundaries and experimenting – and there are some really stunning books and authors out there. Then just imagine yourself as a teen – thinking you pretty much have life sussed out, but having so many surprises and choices left in store. There are so many possibilities awaiting teenagers – their lives aren’t mapped out yet, and it’s such an exciting time, and the scope for fiction of all kinds is vast.

Finally, do you have any other projects in the works? Where can we stay updated?
Ah, I’m afraid I’m going to have to keep my next project my own secret for now! But do stay updated at katiedaleuk.blogspot.com and follow me on twitter @katiedaleuk – You’ll hear about it there first! 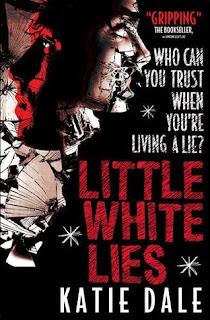 Blurb:
The first time Lou meets tall, dark, and handsome Christian, she knows he's hiding something. Why does he clam up every time she asks about his past? Why doesn't he have any family photos and why does he dye his blond hair black?

Then suddenly his terrible secret is unveiled to the world - and it seems everything he's ever told Lou is a lie. Can what the media are saying about him really be true? Should Lou trust him? Or is she in terrible danger? But Christian isn't the only one keeping secrets. For what if their chance meeting was no accident at all ...?

As lie follows lie, nothing is as it seems, and soon Lou finds herself ensnared in a web of deceit, her loyalties torn, her emotions in tatters as she faces a heart-wrenching dilemma: should she shatter the lives of those she holds dearest, or betray the guy who, against all odds, she's fallen in love with?

Full of family secrets, surprising twists and unexpected revelations, Katie Dale's second novel will have readers on the edge of their seats.
Written by Sophie at 00:00