Interview with C.W. Gortner – author of The Queen's Vow 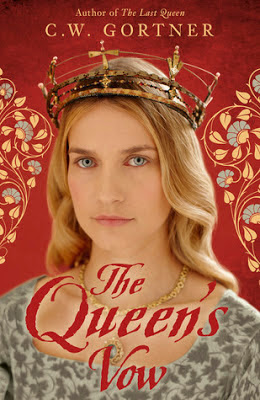 It's a pleasure to welcome C.W. Gortner, author of historical fiction. He's here today to talk about his latest novel, The Queen's Vow, which documents the early life of Isabella of Castile.

You can learn more about C.W. Gortner and his other works at cwgortner.com.

What inspired you to write about Isabella of Castile?
As a novelist, I’m clearly attracted to controversial women. In part, I think it’s because I grew up in Spain during the last years of Franco’s regime and was taught censored history when it came to the role of women; I’ve since discovered that most popular history is, in fact, censored. Though I learned about Isabella in school, I always found her rather forbidding until many years later, when I wrote my first novel, The Last Queen, about her daughter, Juana. In that book, I portray Isabella after the fall of Granada in 1492 –she was the triumphant, middle-aged queen who set the stage for Spain’s emergence as a Renaissance nation through the power-marriages of her children. During my research, however, I also found the rarely told story of her youth and tumultuous rise to power— a tale rife with danger and drama that shows such a different side to this somber queen. I knew then it was a story I had to write some day. I’m always interested in characters who transform in unexpected ways, and Isabella is one of those. She did not start out as the person she became, and in The Queen's Vow I wanted to explore how Isabella became the queen and woman she was.

What are the challenges presented to a male writer, such as yourself, choosing to write a narrative from a woman’s perspective?
I’m often asked this question. I’m always surprised, though I suppose it is a valid concern. I guess some men don’t write women very well! For me, however, writing is like acting: it transcends the limitations imposed by gender. The challenge is to get away from who you are in order to inhabit the character you need to become. An actor must strip away his or her personality and most trained actors will tell you, being a man or a woman should be something they can do, if need be. Of course, actors also require makeup and prosthetics to create the illusion, while writers, on the other hand, are invisible. Moreover emotion is without gender. We all have felt longing, desire, hatred, love, fear, ambition, sorrow. But society and culture dictates how we can express ourselves, according to our gender. When I write, I engage in preparatory work that helps me slough off the layers of societal expectation and experiences that comprise who I am. It’s an organic process, not easily defined, but when I get it right— and the writing never works until I do— I can lose myself in my character in a way that reveals how she experiences her world. It probably helps as well that I grew up in a family of strong women. I was that little boy under the table, listening to my aunts as they gathered for coffee and gossip, to exchange secrets and sorrows. Perhaps I absorbed something of the language that women employ, the different ways they interact with each other and the world. I find it comes very naturally to me.

How did you go about researching your subject? Was it time consuming?
My research for my books takes years. It’s always time consuming, which is why I impose limits on myself. My bibliographies for each of my novels number in the hundreds, from biographies to multiple volumes about the era, architecture, music, costume, gardening, medicine, hunting, etc. I also research in libraries and consult what we term primary sources, whenever possible— the extant letters, ambassadorial accounts, dispatches, and court paperwork. I seek out everything and anything that will help me flesh out the details of a vanished time. But because this research can be so seductive—one can literally spend years digging around without ever actually writing a word of the novel—I only research enough to have a strong basis with which to start writing; when I encounter blocks along the way, I go back, research again, and continue writing. I find it easier to ferret out details later, rather than know everything upfront. It’s a haphazard way to work, for some, but it works best for me.

What do you hope readers will take away from reading The Queen’s Vow?
I hope readers will come away with a better understanding of who Isabella was and the challenges she faced as a woman and a ruler. Understanding is the key; whether we like her or not is secondary. I’ve always said, I do not judge my characters. Judgment implies condemnation and when we condemn something, we lose our empathy for it. As a historical novelist writing in the first person, my responsibility is to inhabit my character, to see and feel the world through her eyes. I may not agree with her (in fact, I often don’t) but that’s not the point. It’s not about me, it’s about her. Isabella faced tremendous obstacles, both because of her upbringing and her place in her society, yet she succeeded despite these odds; she defied the rules by marrying a man she chose, rather than letting him be chosen for her and they united a fragmented country, for better and for worse. She made controversial choices, which had terrible ramifications that caused great suffering and blackened her reputation. All of these things are true: she was not good or bad, an easily pigeonholed cliché. Like all of us, Isabella of Castile was a complex and contradictory human being. And that, I hope, is more interesting than a legend.

What are some historical novels you enjoy reading?
I enjoy many of the novelists working today; I think the genre is experiencing a revival, a renaissance, if you will, where the old forms and traditions are being subverted. New ways are being found to tell these stories, so that they can find a new generation of readers. History is exciting again, dramatic and passionate; it’s alive, not staged, and despite the furor around anachronisms and inaccuracies and all the rest, I prefer that history be accessible and not intimidating to readers. If they love a novel about an event or a character, they’re more likely to seek out non-fiction accounts. Historical fiction is, in the final say, entertainment, but it can also illuminate the past and restore luster to what is faded or forgotten.

Do you have any words of wisdom for budding writers?
Persevere. Writing is a tough career. You have to want to write more than anything else. It took me thirteen years to get published; I had several agents and hundreds of rejections before I finally broke into the mainstream. I went through my share of despair and doubt along the way, but I never gave up. I had to write because I was miserable if I didn’t. I even tried to stop at one point. I went a full six months before I realized it was worse not to write than to never be published. So, I dusted off my bruised ego, learned from my mistakes and continued working on my craft. Today, of course, we have many choices available to us as writers: publishing has never been easier and yet, conversely, never more difficult. The new mediums offer an array of options to seeing our work to print and hopefully into readers’ hearts, but the same rules apply. Writing is never perfect; we can always do something better. I believe writers still need editors to help shape our work. We need support in order to continue writing, both financially and in the marketplace, which is increasingly beset by its own conundrums.  The old guard is imperfect and always has been, but the new guard is also flawed. I urge budding writers to consider all their options and know what they want from their writing. There are two sides to being a writer: craft and business. It’s important to differentiate between the two and know what you ultimately hope to achieve from each. Success can be measured in all sorts of ways but to become a working writer who makes a living off his or her words, you must be prepared. You must not only study the craft but also the business of publishing itself, and know where you do, or do not, fit in. As more and more writers opt to bypass the traditional route, as more and more books flood an already overcrowded market of dwindling readership, being a good writer is no longer enough. You have to be a savvy one, as well. 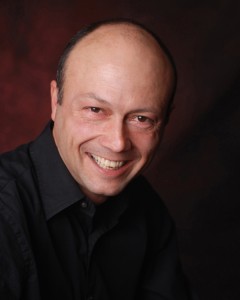 Lastly, are you working on any further projects?
The second novel in my Tudor spymaster trilogy, The Tudor Conspiracy, will be released in the UK and the US in July, 2013. I’m currently working on a novel about Lucrezia Borgia, focusing on her early years in the Vatican, when she went from being the naïve illegitimate daughter of an ambitious Spanish cardinal to one of Italy’s most notorious women. Her thrust into notoriety and dangerous struggle to define herself as she battles the rapacity of her own family has offered me another remarkable story of perseverance and transformation. The book will be published in 2014.
Written by Sophie at 00:01