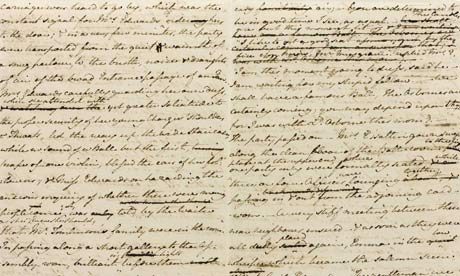 I was browsing Google News a week or two ago and came across an article stating that part of Jane Austen's unfinished manuscript for The Watsons was going up for auction. It ended up being sold a few days later to the Bodleian Library in Oxford for just under £1million (you can read interesting articles about this on The Guardian website and on the Bodleian Library website).

I know, just under 1 million?! It is an awful lot to most of us. There goes the dream of ever owning an Austen manuscript. Well, at least until winning the lottery, becoming the CEO/MD of a major company or marrying somebody very well off comes along, and another manuscript ends up on the market! 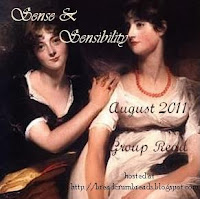 But then I found a website where you can electronically view Austen manuscripts for free! I thought I'd share this with you guys incase you weren't aware that such a site existed, and were curious to have a look. You can find it at http://www.janeausten.ac.uk/index.html.

Also, Risa at Bread Crumb Reads is hosting a series of group reads and next month's book is Sense And Sensibility. If you're interested in taking part, check out the details here. Group reads for the following few months can be found there, too. Looks like it's going to be pretty fun!

Hope you all have had a fantastic weekend! I'll be back later in the week with my review of The Hobbit. In the meantime enjoy the manuscripts, and be sure to check out my interview with Natalie over at Independent Reads!

Thanks for the link to the manuscript site, Sophie!!...and for the mention of the read-along.:) May I request you post the link to my main August read-along post here?

Also, am looking forward to reading your thoughts on "The Hobbit"!:D

What I have read of Jane Austen's life she was a fairly private person. I don't know that she would have liked it.

Good point! I think it's also speculated that she abandoned the writing of The Watsons because the storyline resembled the events of her own life at the time. But, I guess the curiousity has got the better of her fans (like me). I'll probably be heading to the library to visit the manuscript in September. :-))