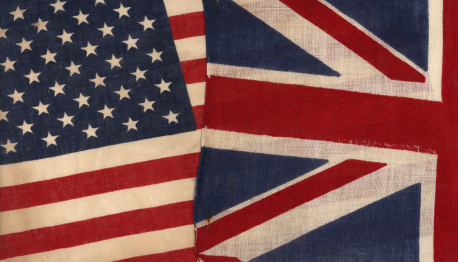 I can't believe it's been a decade since 2,977 brave, innocent lives were taken. At the time, I was 15 years old and had just started year 11 (or 10th grade to my American friends). I remember getting on the mini bus after school and hearing the bus driver tell the chatty ones in front what had happened in America. Two of the girls on the bus were Americans and they lived on a United States Air Force base in a village near my town, so their parents were in the service and stationed over here for one reason or another. Though they seemed unconcerned with what the others relayed to them, assuming it was only a small accident, I had a feeling it could be something much worse.

The bus dropped me off around 30 minutes later and I went straight to the living room. My dad was sitting on the sofa with his feet up, watching a news channel broadcasting videos of the World Trade Center towers in New York burning black smoke. I couldn't believe what we were seeing - it was only a year before, in 2000, that me and my parents had visited New York City and stayed in the Millennium Hilton Hotel right across the street from the World Trade Center. We'd explored the underground shopping mall (where I fell in love with Sbarro pizza!) and I specifically remember pointing out a Harry Potter book to my dad when we were in Borders, thinking that it looked pretty interesting. Never then could I have imagined what would ensue the following year.

I don't remember much about the rest of the evening, except that I managed to calculate that I was finishing lunch and heading to P.E. at around the time the first attack happened (needless to say I have no idea what my other classes were that day). In school the following morning the American girls were predictably absent, and our small campus was called to a special assembly to pray together for all the victims. On September 13th, the bus pulled up to the front of the air force base to collect the Americans. Usually we would drive around the base and pick up the girls directly in front of their houses. But now they came to meet us at the gate, which was lavishly decorated with flowers of condolence from the local people.

The next few months, it was everywhere. I watched the news everyday for about a month or two, and the radio station we listened to on the bus each morning would only talk about the attacks. I put an American flag in the window of my room, and my family donated a small sum of money to the Red Cross disaster relief fund. People were kinder to each other at school, too. It was an all-girls school so you can imagine the bitchiness that went on! But for a while, it seemed to stop... or at least slow down.

So here we all are now, a decade after thousands of innocent lives were snatched from the world by the most unthinkable, pointless, twisted kind of evil. Even seeing the pictures today, I stare in sheer disbelief. It doesn't look real; it looks like something you would see in a movie starring Jake Gyllenhaal and Will Smith, with special effects by Weta Digital. But it did happen, and 10 years later we're still fighting a danger which has no end. I don't mean to sound overly morbid by saying that, but it's the truth. Terrorism will not stop until these disgusting people wake up from their brain-washed fantasies and cease believing that the rest of the world, including their own people, is against them and the only way to deal with this is to hate and to kill.

But, we can hope. And as is evident by the outpouring of love, unity and support that emerged right after the attacks, good is much more powerful and way easier to find in such terrible times. Today, it's important that we all stop to remember, and not try to disregard. We all need to reflect and remember those amazingly brave men and women who risked their lives to help others, and be grateful for the air that we breathe and the beauty that we see even in darkness. God rest the souls of the victims, and bless those who lost their loved ones that September day.

Last week, I reviewed Artie Van Why's eyewitness 9/11 memoir, That Day In September. His story has also been featured on the BBC website, and you can check that out here.
Written by Sophie at 09:54