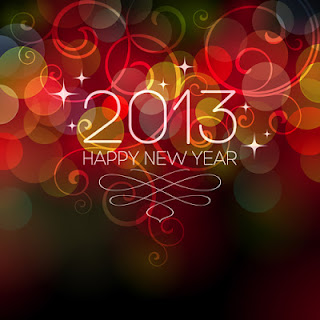 We were spared by the Mayan prophecy, so today is officially the last of 2012! It's been a varied year for me, in both life and blogging.

In terms of the blog, there are many things that I'm grateful to have accomplished, and certainly wouldn't have thought possible when the year began. There is also much I would have done differently and plan to take advantage of in 2013.

More readers –– I'm so grateful for everyone who has joined my blog over the past year. When all this began, I didn't think I'd have even 30 readers! I hope you stick around because I have a few things up my sleeve for 2013.

Guest posts and interviews –– I've been fortunate enough to have been in contact with some wonderful authors, publishers, PR companies and so forth, and I can't wait to do this some more in 2013. A notable post is my interview with author Trilby Kent, who wrote what has become one of my favourite novels.

Talking to EL James –– I never thought I'd have the chance to talk to a best-selling author, much less the one behind this year's biggest release! Watch what happened here.

Published by Company –– It was a big moment when I was asked to contribute a piece for Company magazine's iPhone app. To have been recognised for something like this gives me a little more faith in my writing abilities.

Changes for the New Year

Reading –– 2012 hasn't been my best year for reading. Many factors contributed, like exams and work commitments. But it seems as though I'm coming out of this lull and will have more luck in 2013. One of the first challenges I'm setting myself is to read the entire Harry Potter series. I can't wait!

Networking –– I have been awful at networking this year. I haven't visited many blogs, posted much on Twitter, and have rarely conversed with fellow book lovers on sites such as Goodreads and Book Blogs. Look for a more active and sociable Sophie in 2013!

Events –– I want to attend more events in the new year. I might not be able to make it to New York for 2013's Book Expo America, but I aim to attend the London Book Fair and Oxford Literary Festival. Perhaps I might even finally meet up with some fellow bloggers?

Happy New Year, everybody! What are your own goals for 2013?