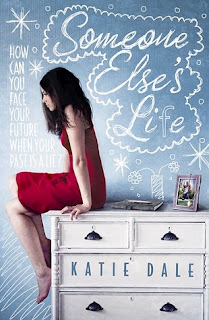 As part of the blog tour for her new novel Someone Else's Life, Katie Dale is here with a fantastic guest post. Check it out below, and watch for the review of the book coming soon!

~
So today is February 29th! That rare – once every four years – occurrence!
What are you going to do with your extra 24 hours? Go out and celebrate? Stay in bed a little longer? Propose to anyone…?
Why not? Allegedly, a law passed in 1288 states that February 29th is traditionally the day when a woman can propose to a man – and if he turns her down, he has to pay her compensation ranging from a kiss to a silk gown in order to soften the blow!
So, girls, what’re you waiting for?
If Mr. Right hasn’t come along yet, there’s no shortage of them in fiction. Here’s my countdown of the Top Ten Swoonworthy Literary Bachelors I’d propose to in a heartbeat – if only they were real! Which one would you choose?

10. Heathcliff (Wuthering Heights)
If you like your bad-boys broody and mean, they don’t come any broodier than Emily Bronte’s mysterious orphan, Heathcliff. Taken in by the kindly Mr. Earnshaw, he immediately falls completely in love with his daughter Cathy, and theirs is one of the most intense, passionate, destructive, doomed love affairs of all time. Perhaps a bit high-maintenance, though?

9. Edward Cullen/Jacob Black (Twilight Saga)
I don’t wish to take sides, so the Twilight guys vie for ninth place. They’re both seriously gorgeous, seriously devoted, and seriously strong, but while having a boyfriend who cannot die has its advantages, I’m not sure I could stand to grow old beside someone who stays forever young and beautiful – and I’m not sure I’m quite committed enough to become a vampire just yet (I’ve read what happens!). Jacob may be the better bet – who doesn’t love a beautiful wolf – but I’m not sure the whole aggro side is worth it? 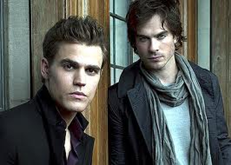 8. Stefan/Damon Salvatore (The Vampire Diaries)
More vampires vie for eighth place, and though I have to say that while on paper Stefan is Mr Perfect, Damon Salvatore swings it for me. The glint in his eye, the hint of danger, the bad boy who’d turn good for the love of the right girl…Irresistible. If only he didn’t keep killing everyone.

7. Mr Rochester (Jane Eyre)
Almost a human Damon Salvatore, Mr Rochester is a tormented soul. Rough and callous, even mean to begin with, he melts in the company of Jane, the one person he finally learns to trust and to love, and finally finds redemption. He’s Heathcliff, but with a happy ending, albeit blind and crippled. Love wins the day.

6. Benedick (Much Ado About Nothing)
Forget Romeo (he falls in and out of love at the drop of a hat) Shakespeare’s Benedick is witty and charming and self-deprecating and is all about the verbal sparring – but beneath all that is a heart of pure gold. Fun to be with, brave, and witty – good combo!

5. Aragorn (The Lord of the Rings)
If it’s a hero you’re after, look no further than Middle-Earth’s own saviour, Aragorn. Whilst Frodo goes off to destroy the ring, it is up to Aragorn to rally the troops and fight all the bad guys to buy Frodo time. Plus he becomes King. Bonus.

4. Prince Caspian – Another royal hunk, Caspian (alright, Ben Barnes) is brave and dashing and achingly gorgeous, and lives in beautiful Narnia. Plus if it doesn’t work out, just nip back through the wardrobe/painting/station and it’ll be as if it never happened! 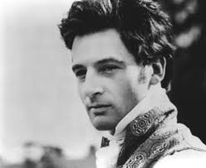 3. Mr Knightley (Emma)
Sigh. Mr. Knightley is one of those guys. He isn’t the alpha male, he doesn’t dash into the fray at the slightest excuse, doesn’t suck blood or pull a canine – no, his is a quieter sort of swoonworthiness. He’s charming and kind and generous to all – he’s the best friend who knows you better than anyone in the world and isn’t afraid to call you on your faults – but loves you deeply despite them all. A definite keeper.

2. Rhett Butler (Gone With The Wind)
Rhett is almost the antithesis to Mr. Knightley, but he’s all the more irresistible for it. He’s charming and dashing and witty and teasing and slightly obnoxious, but honourable and brave and kind too. Like Knightley, he’s not afraid to tell Scarlet her faults, but instead of chiding her he celebrates them, and loves her just the way she is. Sigh.
Speaking of people who love people just the way they are…

1. Fitzwilliam Darcy/Mark Darcy (Pride & Prejudice/Bridget Jones)
These two kind of come as one (same name, same actor, pretty much same character). Darcy is misunderstood at the outset – thought to be proud and obnoxious and arrogant bad-boy. When really he’s a thoroughbred white knight. His good opinion once lost may be gone forever, but if you earn it, he’s devoted to you for eternity. A fair deal, methinks.

I just have to add one more contender – Andy from Someone Else’s Life (represented by the gorgeous Andy Garfield). He’s kind and loyal and supportive and sexy – a definite Mr. Right – but then I’m biased because I invented him! That’s the great thing about fiction – you can make your very own Mr Right be whoever you want him to be!
Who’s yours?
Katie Dale
Author of Someone Else’s Life
Published by Simon & Schuster February 2012
Website: katiedaleuk.blogspot.com
Twitter: @katiedaleuk
Written by Sophie at 00:54