It's official! Peter Jackson confirms The Hobbit films will be a trilogy! 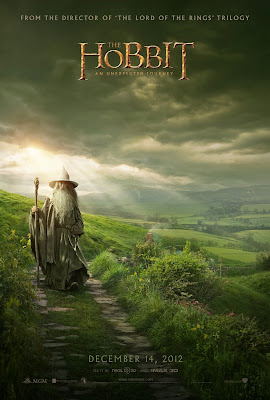 Though the on-screen adaptation of J.R.R. Tolkien's masterpiece The Hobbit was originally shot as two films, director Peter Jackson confirmed today that he will turn the double epic into a trilogy.


We know how much of the story of Bilbo Baggins, the Wizard Gandalf, the Dwarves of Erebor, the rise of the Necromancer, and the Battle of Dol Guldur will remain untold if we do not take this chance. The richness of the story of The Hobbit, as well as some of the related material in the appendices of The Lord of the Rings, allows us to tell the full story of the adventures of Bilbo Baggins and the part he played in the sometimes dangerous, but at all times exciting, history of Middle-earth.

So, without further ado and on behalf of New Line Cinema, Warner Bros. Pictures, Metro-Goldwyn-Mayer, Wingnut Films, and the entire cast and crew of The Hobbit films, I’d like to announce that two films will become three.

It has been an unexpected journey indeed, and in the words of Professor Tolkien himself, 'a tale that grew in the telling.'

You can read the entire message on his Facebook page.

Jackson is on record saying that although every major scene from the book has already been shot (shooting wrapped a couple of months ago), he's been interested in adding scenes that would depict additional notes on Middle Earth, written by Tolkien, at the end of the third Lord of the Rings volume, The Return of the King.

So, at least some of the actors will have to come back and shoot extra scenes to cater the third instalment.


As for where that material might come from, Jackson and his co-writers, Fran Walsh and Philippa Boyens, are already drawing on sources beyond The Hobbit book itself — in particular, some 125 pages of additional notes Tolkien wrote at the end of Return of the King that expanded the world of The Hobbit, which Jackson has the rights to use. As Tolkien purists know, they’ve also taken a few extra liberties, inventing a couple of totally new characters, like Evangeline Lilly’s Elf warrior Tauriel. But Jackson has not yet revealed — and is perhaps still trying to work out — exactly what shape the story would take if, in fact, The Hobbit became a trilogy.

What do you think? Are you excited about this news, or are you concerned that the films are going to take a few more liberties than are necessary? It does make a person wonder how much footage they actually shot. The Lord of the Rings trilogy was obviously three films because of the three volumes Tolkien wrote, but The Hobbit is just one book (and is much shorter than any of the three LOTR volumes at that). Perhaps, this way, The Hobbit films will be more true to the detail of the book?

Well, we can only wait and see.

The first instalment of The Hobbit, An Unexpected Journey, is scheduled to be released worldwide on December 14th, followed by the second, There and Back Again, next Christmas. The third release is being aimed for the summer of 2014.
Written by Sophie at 18:32

Email ThisBlogThis!Share to TwitterShare to FacebookShare to Pinterest
Labels: An Unexpected Journey, Film, J.R.R. Tolkien, Peter Jackson, The Hobbit, The Lord Of The Rings, There and Back Again
It's official! Peter Jackson confirms The Hobbit films will be a trilogy!
2012-07-30T18:32:00+01:00
Sophie
An Unexpected Journey|Film|J.R.R. Tolkien|Peter Jackson|The Hobbit|The Lord Of The Rings|There and Back Again|
Newer Post Older Post Home
Subscribe to: Post Comments (Atom)